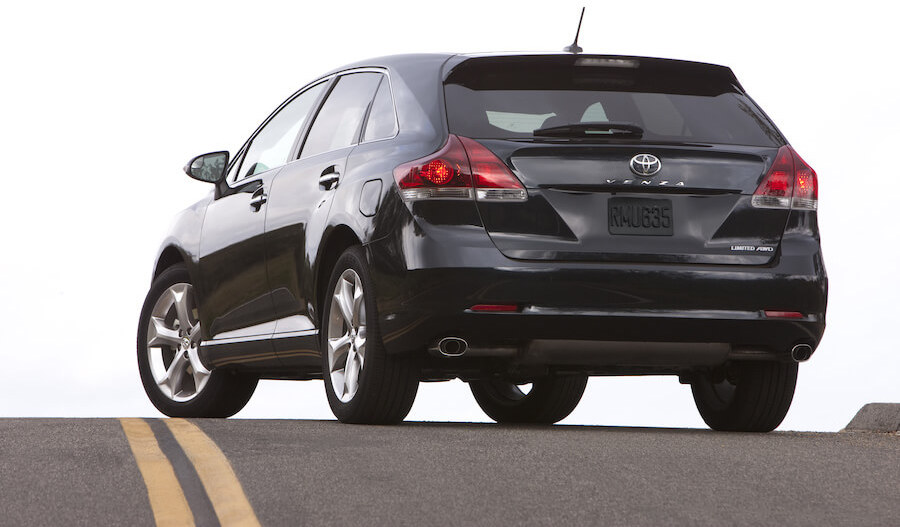 Maybe we should call the Venza what it is - a Camry station wagon. OK, OK, so maybe it isn't "officially" a station wagon, but let's be honest, it's definitely pretty close to a station wagon when compared to others in it's class (Crossover). In fact the Venza is built off the Camry platform, and in the Toyota Motor Manufacturing Kentucky (TMMK) in Georgetown, Kentucky.

Now, is a station wagon, I mean crossover a bad thing? No, not at all. Who can forget the infamous Griswold Family Truckster from the National Lampoon movies? A station wagon (now crossover) is one of the most utilitarian vehicles out there. And the Venza looks a whole lot better than the ol' Truckster.

Well the Venza hasn't had any major redesigns for 2012. That's not a big surprise though, considering the Venza was only launched for the 2009 model year.

For 2012, the Venza is offered in three trim levels in the US. The Base LE model gets a number of conveniences, including an eight-way power adjustable drivers seat, 3.5" multi-information display, dual-zone climate control, tilt/telescopic steering-wheel adjustment, overhead console lights, 19" alloy wheels, and Bluetooth phone and audio connectivity, plus a USB port and aux input. A power liftgate and backup camera are available in the Convenience Package. So as you can see the "base" model is anything but! Venza LE models range in price from $27,425 for the four-cylinder front- wheel-drive to $29,775 for the V6 all-wheel-drive.

The XLE adds the items on the LE, in addition to heated leather seats, the Smart Key system, and more. Pricing for the XLE starts at $29,775 for the four-cylinder front-wheel-drive and $33,050 for the V6 all-wheel-drive model.

Finally, the Limited trim level adds navigation, a panoramic glass roof, and HID headlights. It is only available with the V6 engine. A DVD entertainment system is optional. Pricing for the Limited starts at a base MSRP of $36,465 for the V6 front-wheel-drive and $37,915 for the V6 all-wheel-drive version. All pricing is applicable to the US market, see your dealer for more details.