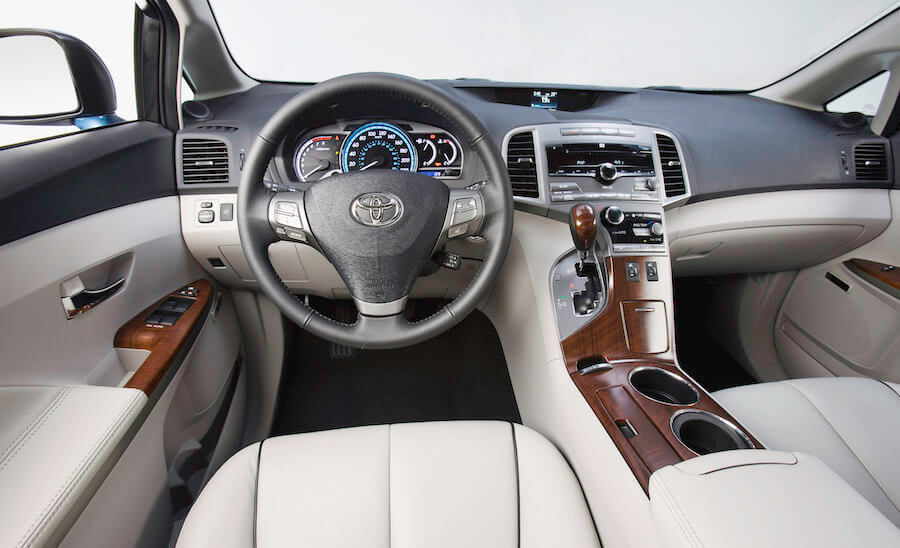 The 2009 / 2010 Toyota Venza IS affected by the Toyota floor mat recall as of January 2010. Many Toyota models have been affected by what has been called Unintended Acceleration.

The Venza is also subject to some safety recalls put out by the NHTSA (National Highway Traffic Safety Administration). Details @ NHSTA VENZA Recalls

According to Toyota, "There is the potential for an unsecured or incompatible driver’s floor mat to interfere with, or entrap, the accelerator pedal in the worst case, in the wide-open position. A vehicle with an entrapped accelerator pedal may be difficult to control and/or stop."

The first thing to know is that if you are at all concerned, please remove any and all floor mats from the driver's side of the vehicle. Some people have both the carpet and all-weather mats stacked, that is not a good situation.

Second, check your VIN (vehicle identification number) now to find out if your VENZA is affected by this recall: Toyota VIN Recall Lookup

Thirdly, know what to do if you experience unintended acceleration in your Toyota Venza. This information is straight from Toyota:

What To Do In The Event Of Unwanted Acceleration

The condition is rare, but can occur when the pedal mechanism becomes worn and, in certain conditions, the accelerator pedal may become harder to depress, slower to return or, in the worst case, stuck in a partially depressed position.

In the event that a driver experiences an accelerator pedal that sticks in a partial open throttle position or returns slowly to idle position, the vehicle can be controlled with firm and steady application of the brakes. The brakes should not be pumped repeatedly as it could deplete vacuum assist, requiring stronger brake pedal pressure. This action should bring your vehicle to a stop. The vehicle should be driven to the nearest safe location, the engine shut off and a Toyota dealer contacted for assistance.

You can also shift the transmission gear selector to the Neutral (N) position and use the brakes to make a controlled stop at the side of the road and turn off the engine.

- If unable to put the vehicle in Neutral, turn the engine OFF or to ACC. This will not cause loss of steering or braking control, but the power assist to these systems will be lost.
- If the vehicle is equipped with an Engine Start/Stop push button, firmly and steadily push the button for at least three seconds to turn off the engine. Do NOT tap the Engine Start/Stop button.
- If the vehicle is equipped with a conventional key-ignition, turn the ignition key to the ACC position to turn off the engine. Do NOT remove the key from the ignition as this will lock the steering wheel.

Although the accelerator pedal action may return to normal, NO further attempt to drive the vehicle should be made.

For the most up-to-date listing of NHTSA recalls, be sure to visit the NHTSA Recalls web site.

Please note that this information has been obtained from NHTSA and is subject to change. Please contact the NHTSA or your local Toyota dealer for the most up-to-date information on this issue. We are not responsible for errors.

Summary: TOYOTA IS RECALLING CERTAIN MODEL YEAR 2008-2010 HIGHLANDER, MODEL YEAR 2009-2010 COROLLA, VENZA AND MATRIX PASSENGER VEHICLES. THE ACCELERATOR PEDAL CAN GET STUCK IN THE WIDE OPEN POSITION DUE TO ITS BEING TRAPPED BY AN UNSECURED OR INCOMPATIBLE DRIVER'S FLOOR MAT. THIS RECALL IS AN EXPANSION OF A CAMPAIGN OF 3.8 MILLION OTHER TOYOTA VEHICLES ANNOUNCED IN 2009 FOR THE SAME ISSUE (SEE 09V-388).

Consequence: A STUCK OPEN ACCELERATOR PEDAL MAY RESULT IN VERY HIGH VEHICLE SPEEDS AND MAKE IT DIFFICULT TO STOP THE VEHICLE, WHICH COULD CAUSE A CRASH, SERIOUS INJURY OR DEATH.

Remedy: TOYOTA WILL MODIFY OR REPLACE THE ACCELERATOR PEDALS ON THE SUBJECT VEHICLES. FLOOR SURFACE MODIFICATIONS ARE ALSO BEING CONSIDERED AND WILL BE INCLUDED FOR ANY MODEL FOR WHICH IT IS DEEMED APPROPRIATE. INITIALLY, DEALERS WILL BE INSTRUCTED ON HOW TO RESHAPE THE ACCELERATOR PEDAL FOR THE REPAIR. AS REPLACEMENT PARTS WITH THE SAME SHAPE AS THE MODIFIED PEDAL BECOME AVAILABLE, THEY WILL BE MADE AVAILABLE TO THE DEALERS FOR THE REPAIR. CUSTOMERS WHO HAVE HAD THE PEDAL RESHAPE REMEDY COMPLETED WILL HAVE THE OPPORTUNITY TO RECEIVE A NEW PEDAL IF THEY DESIRE, AFTER REPLACEMENT PEDALS BECOME AVAILABLE. IN ADDITION, TOYOTA WILL REPLACE ANY TOYOTA ALL-WEATHER FLOOR MAT IN A SUBJECT VEHICLE WITH A NEWLY DESIGNED MAT, FREE OF CHARGE. FOR THOSE CUSTOMERS WHO HAVE THE PREVIOUS DESIGN ALL-WEATHER FLOOR MAT BUT DO NOT NEED OR WANT THE NEWLY DESIGNED ALL-WEATHER FLOOR MAT, TOYOTA WILL RECOVER THE PREVIOUS DESIGN ALL-WEATHER FLOOR MAT AND REIMBURSE ITS PRICE. TOYOTA HAS NOT YET PROVIDED AN OWNER NOTIFICATION SCHEDULE. OWNERS MAY CONTACT TOYOTA AT 1-800-331-4331.